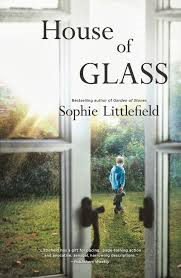 Book Summary
Jen Glass has worked hard to achieve the ideal life: a successful career, a beautiful home in an affluent suburb of Minneapolis, a seemingly perfect family. But inside the Glass house, everything is spinning out of Jen's control. Her marriage to her husband, Ted, is on the brink of collapse; her fifteen-year-old daughter grows more distant each day; and her five-year-old son barely speaks a word. Jen is on the verge of breaking, but nothing could have prepared her for what is to come….
On an evening that was supposed to be like any other, two men force their way into the Glasses' home, but what begins as a common robbery takes an even more terrifying turn. Held hostage in the basement for more than forty-eight hours, Jen and Ted must put aside their differences if they have any hope of survival. They will stop at nothing to keep their family safe—even if it means risking their own lives. A taut and emotional tale of a family brought together by extraordinary forces, House of Glass is a harrowing exploration of the lengths a mother will go to protect her children, and the power of tragedy to teach us what truly matters.

I love a great edge of your seat thriller, which this could have been more of but it was to much novel like with a touch of thriller, just not enough, it missed the edginess. I enjoyed all the characters but I found the storyline with them got to a great tension point early but stayed at that level throughout which in the end didn't meet my expectations.

I know it happens in real life and the inspiration was from a Connecticut intrusion but it still feels unbelievable to me, someone being held hostage in their own home, a whole family, good neighbourhood hmmm.  It brings up the question, do we really pay attention to family, friends, neighbours, maybe a couple of days, no.  Initially I was shocked and loved it, thought the first half of the book was strong.  Once I found out why they were chosen and they weren't professionals, it went downhill for me.  Terrifying intruders with opposite personalities became a risk for all, not only having to watch the family but not trusting each other is where it all fell apart.  Again, should have added tension but just seemed weird and out of place to me.

Survival was the goal and I was waiting for the parents to make some decisions but the teenager daughter seemed to think for all, what a way to mature.  I was waiting for the motherly instinct to kick in and was just let down.  I think I just had expectations that unfortunately just were not met.  I also enjoyed the story of the 4 year old, he has selective mutism.  How this came together throughout the story was always 'something' that just didn't make sense to me.

The climax normally would have been brilliant for me, violence and the unexpected taken all the way, great stuff.   Again for me I was just over the story by then and didn't believe, I put the parents and intruders in the same category, dumb.  Am I being judgmental, absolutely.

I would try another by Sophie Littlefield, this one just didn't work for me.