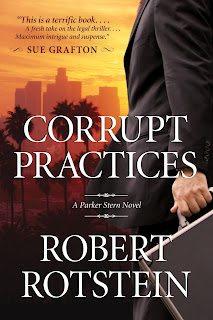 A Los Angeles church, considered by some to be a powerful cult, charges Rich Baxter with embezzling millions. Rich reaches out to former colleague and star trial attorney Parker Stern to come to his defense. Parker despises the cult, but he hasn’t entered a courtroom since developing severe stage fright after his mentor, Harmon Cherry, committed suicide. Rich claims that Cherry did not kill himself—he was murdered by someone connected to the church. At first, Parker doesn’t believe it . . . until disturbing events force him to question what’s really happening.

As the case takes an unexpected turn, Parker surprises himself and agrees to take on the church. But to represent his client and uncover the truth he must overcome his own long-buried secrets.

I received as a ARC, a little late reading but so worth it

I prefer standalone novels but I am so happy this legal thriller will be a series.  I loved the main character Parker and look forward to more court room drama.  All the characters were interesting, conniving in their own way, they added to the suspense.

A friend gives him a teaching job in hopes of helping him get over court room stage fright.  He uses his students to assist with the research and the case and they help him get in touch with the basics again.  Everyone that gets involved realizes they are putting their lives at risk, is it worth it.

This book will have you staying up well past your bedtime or waking to continue on because your so engaged you can't relax enough to go to sleep, a page turner to say the least.  The secrets were incredible, a great executed thriller.

The title Corrupt Practices is perfect, is the legal system corrupt or the church, I bet you won't figure this one out.  There are so many brilliant secrets, just layered on, you can't get enough, you will enjoy this thrill.

Religion can be very similar to an embrace.  And you can't really explain an embrace.  But there are people who comfort me with just a hug."  Grinning slightly, she tilts her head toward her father.  "If that same person hugged you, you'd probably recoil in disgust.  But the trick, with both people and faith, is to find what will comfort you.  We all need a divine embrace."

Another Monday - What are you reading....

I completed a great Legal Thriller, review up this week sometime. 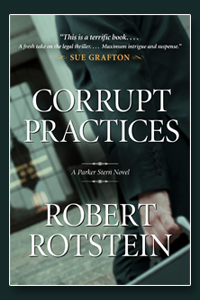 I started this but not my cup of tea.  I almost always download the sample but with all the amazing reviews I bought it automatically, I would have known, sigh.  Far to much detail for my liking, maybe I will come back to it. 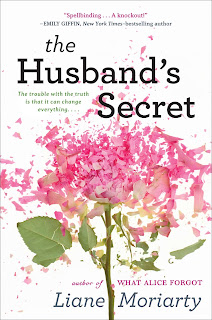 I started this one, an eSpecial, enjoying it so far, Linwood Barclay is good. 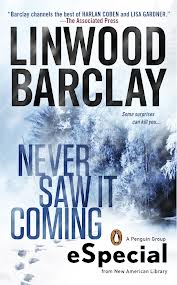 I am a mood reader, almost never know what is next, maybe I will go back to Husbands Secret


Have a great week