There has been an author that ends up on my TBR list every year and every year I don't get to it, I am going to change this in the New Year, possibly even have it as my 1st read of the year.  As she has many books I am going to choose one of her stand alones as that is my preference over a series.

So Karin Slaughter fans, which one do you recommend?

Vote on my sidebar poll if you do not wish to comment. 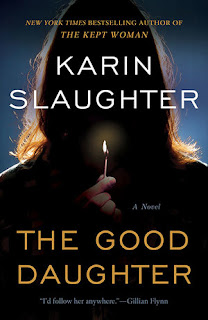 The stunning new novel from the international #1 bestselling author — a searing, spellbinding blend of cold-case thriller and psychological suspense.
Two girls are forced into the woods at gunpoint. One runs for her life. One is left behind…
Twenty-eight years ago, Charlotte and Samantha Quinn's happy small-town family life was torn apart by a terrifying attack on their family home. It left their mother dead. It left their father — Pikeville's notorious defense attorney — devastated. And it left the family fractured beyond repair, consumed by secrets from that terrible night.
Twenty-eight years later, and Charlie has followed in her father's footsteps to become a lawyer herself — the ideal good daughter. But when violence comes to Pikeville again — and a shocking tragedy leaves the whole town traumatized — Charlie is plunged into a nightmare. Not only is she the first witness on the scene, but it's a case that unleashes the terrible memories she's spent so long trying to suppress. Because the shocking truth about the crime that destroyed her family nearly thirty years ago won't stay buried forever…
Packed with twists and turns, brimming with emotion and heart, The Good Daughter is fiction at its most thrilling. 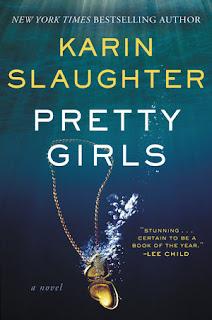 Sisters. Strangers. Survivors. More than twenty years ago, Claire and Lydia’s teenaged sister Julia vanished without a trace. The two women have not spoken since, and now their lives could not be more different. Claire is the glamorous trophy wife of an Atlanta millionaire. Lydia, a single mother, dates an ex-con and struggles to make ends meet. But neither has recovered from the horror and heartbreak of their shared loss—a devastating wound that's cruelly ripped open when Claire's husband is killed. The disappearance of a teenage girl and the murder of a middle-aged man, almost a quarter-century apart: what could connect them? Forming a wary truce, the surviving sisters look to the past to find the truth, unearthing the secrets that destroyed their family all those years ago . . . and uncovering the possibility of redemption, and revenge, where they least expect it. Powerful, poignant, and utterly gripping, packed with indelible characters and unforgettable twists, Pretty Girls is a masterful novel from one of the finest writers working today. 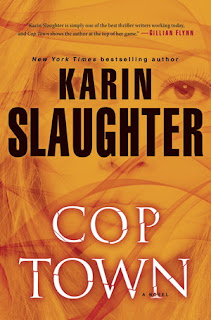 Karin Slaughter, author of the bestselling Will Trent novels, is widely acclaimed as “one of the best crime novelists in America” (The Washington Post). Now she delivers her first stand-alone novel: an epic story of a city in the midst of seismic upheaval, a serial killer targeting cops, and a divided police force tasked with bringing a madman to justice. Atlanta, 1974: As a brutal murder and a furious manhunt rock the city’s police department, Kate Murphy wonders if her first day on the job will also be her last. She’s determined to defy her privileged background by making her own way—wearing a badge and carrying a gun. But for a beautiful young woman, life will be anything but easy in the macho world of the Atlanta PD, where even the female cops have little mercy for rookies. It’s also the worst day possible to start given that a beloved cop has been gunned down, his brothers in blue are out for blood, and the city is on the edge of war. Kate isn’t the only woman on the force who’s feeling the heat. Maggie Lawson followed her uncle and brother into the ranks to prove her worth in their cynical eyes. When she and Kate, her new partner, are pushed out of the citywide search for a cop killer, their fury, pain, and pride finally reach the boiling point. With a killer poised to strike again, they will pursue their own line of investigation, risking everything as they venture into the city’s darkest heart. Relentlessly paced, acutely observed, wickedly funny, and often heartbreaking, Cop Town is Karin Slaughter’s most powerful novel yet—a tour de force of storytelling from our foremost master of character, atmosphere, and suspense. 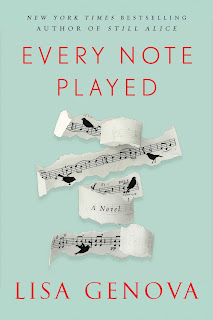 During the holidays, I usually Google my favourite authors just to see if I have missed a book and I can also plan my 'must' reading list for the new year, well yaaaaay, Lisa Genova is coming out with her new one in March.  I have enjoyed all of her books, Still Alice being a Top 3 favourite of all times.


An accomplished pianist, Richard received standing ovations from audiences all over the world in awe of his rare combination of emotional resonance and flawless technique. Every finger of his hands was a finely calibrated instrument, dancing across the keys and sticking each note with exacting precision. That was eight months ago.
Richard now has ALS, and his entire right arm is paralyzed. His fingers are impotent, still, devoid of possibility. The loss of his hand feels like a death, a loss of true love, a divorce - his divorce.

He knows his left arm will go next.

Three years ago, Karina removed their framed wedding picture from the living room wall and hung a mirror there instead.But she still hasn't moved on. Karina is paralyzed by excuses and fear, stuck in an unfulfilling life as a piano teacher, afraid to pursue the path she abandoned as a young woman, blaming Richard and their failed marriage for all of it.

When Richard becomes increasingly paralyzed and is no longer able to live on his own, Karina becomes his reluctant caretaker. As Richard's muscles, voice, and breath fade, both he and Karina try to reconcile their pasts before it's too late.


What Lisa Genova book is your favourite?


Still Alice - 5 star, I read before blogging.  The movie was great also.

Inside the O'Briens - 3 star No Review