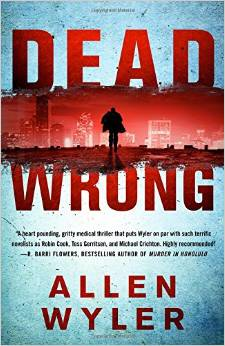 When a top secret program of implanting harrowing memories into innocent people comes to light, neurosurgeon Tom McCarthy is literally caught in the crossfire.  While McCarthy looks forward to a three-day weekend, his office is suddenly raided by two Department of Defense investigators bent on arresting him for a crime he didn't commit.  All hell breaks loose when an inadvertent scuffle escalates, leaving one agent dead at the hands of the other and McCarthy fleeing but hopelessly trapped inside the labyrinthine corridors, heating ducts and stairways of a gigantic Seattle medical center.

With the CIA and Seattle PD closing in, McCarthy unwittingly pulls Dr. Sarah Hamilton into the fray.  And like rats in a maze, they struggle to stay one step ahead of their deadly hunters, while simultaneously uncovering a trail of corruption that reaches shocking dimensions.

I have read Dead End Deal by Allen Wyler, I enjoy his medical thrillers and so far can see it is a run for your life, medical competitive culture as a consistent style in his books.

It is annoying and a little unbelievable how Physicians can become 'God like' with their thinking, all powerful and will do what they want but with no morals.  How dare they make life changing surgeries without patients knowing?  The Physician doing this secret program is now scared to death that Dr. McCarthy, the Physician that patients have went to for a second opinion will figure out what is going on.  He lies to all in order to put out a hit on Dr. McCarthy.

Without knowing Dr. McCarthy's background, they do not realise he has what it takes to fight back and make sure everyone knows he is the good doctor and prove they are dead wrong.  When he tricks one of the detectives to kill his own, this when all bets are off and bringing him in becomes personal.

The cat and mouse was exciting at first but then became a little repetitive and lost its suspenseful impact. The complexity of the surgeries was to detailed in my opinion but you can tell the author was a neurosurgeon as he uses his experience to capture the true medical details.

I would read more of Allen Wyler's medical thrillers.  Dead End Deal reminded me of "Locked up Abroad".

Allen Wyler is a renowned neurosurgeon who earned an international reputation for pioneering surgical techniques to record brain activity.  He has served on the faculties of both the University of Washington and the University of Tennessee, and in 1992 was recruited by the prestigious Swedish Medical Center to develop a neuroscience institute.
In 2002, he left active practice to become Medical Director for a startup med-tech company (that went public in 2006) and he now chairs the Institutional Review Board of a major medical center in the Pacific Northwest.
Leveraging a love for thrillers since the early 70’s, Wyler devoted himself to fiction writing in earnest, eventually serving as Vice President of the International Thriller Writers organization for several years. After publishing his first two medical thrillers Deadly Errors (2005) and Dead Head (2007), he officially retired from medicine to devote himself to writing full time.

He and his wife, Lily, divide their time between Seattle and the San Juan Islands. 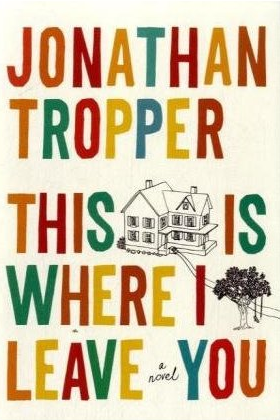 After watching the trailer I knew I had to read the book, only a few chapters in but I am loving it, so funny.

I can't wait to go to the movies to watch.

Have you read this, would love to read your review when i'm done.