Friday Finds with MizB - to participate, network and get some ideas to add to your TBR list go here http://shouldbereading.wordpress.com/

I consider Amazon to be great at making recommendations according to what I buy for my Kindle and rate. So these books came up and I have never heard of this authors, have you? BTW - both of these are less then $6. 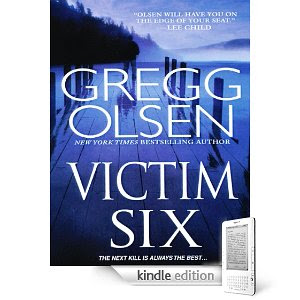 The bodies are found in towns and cities around Puget Sound. The young women who are the victims had nothing in common--except the agony of their final moments. But somebody carefully chose them to stalk, capture, and torture. . . a depraved killer whose cunning is matched only by the depth of his bloodlust. But the dying has only just begun. And next victim will be the most shocking of all. . . 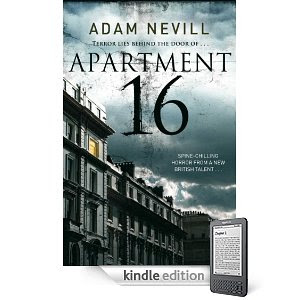 Some doors are better left closed . . . In Barrington House, an upmarket block in London, there is an empty apartment. No one goes in, no one comes out. And it-s been that way for fifty years. Until the night watchman hears a disturbance after midnight and investigates. What he experiences is enough to change his life forever. A young American woman, Apryl, arrives at Barrington House. She's been left an apartment by her mysterious Great Aunt Lillian who died in strange circumstances. Rumours claim Lillian was mad. But her diary suggests she was implicated in a horrific and inexplicable event decades ago. Determined to learn something of this eccentric woman, Apryl begins to unravel the hidden story of Barrington House. She discovers that a transforming, evil force still inhabits the building. And the doorway to Apartment 16 is a gateway to something altogether more terrifying . . .
What great books did you hear about/discover this past week? Share with us your FRIDAY FINDS!

Thanks for visiting Tea Time with Marce
Posted by Marce at 10:33 AM