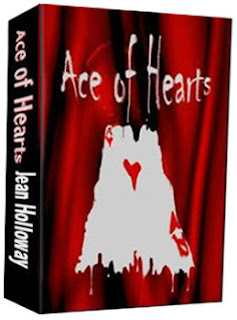 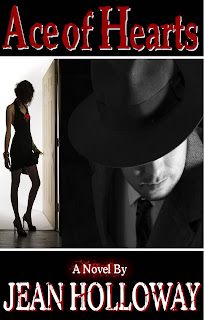 
Something sinister is going on... And Love has nothing to do with it. First he seduces them... Then he kills them... What he does next is unspeakable. Detective Shevaughn Robinson gets her first big case, investigating a series of gruesome murders unaware the killer is not only becoming obsessed with death, but also with her.

What cover draws you in? I have the 2nd one but I actually prefer the 1st one.

I enjoy a good serial killer thriller but oh my goodness, this serial killer was one sicko, I really want to curse during this review but don't want to offend anyone.

What I did love about this story was the conscience speaking parts :-) you know when you say something but in your head want to say something else.....well Jean H included this as a style and I really enjoyed it.

The story of why the killer is so sick started but for me it was one scene and never went back to it, so I was disappointed. The killer had so much control over the women in his lives it really pissed me off in a good way, I enjoy getting emotional over books. The feeling you get when watching a movie and you say to yourself 'why are you waiting, why didn't you tell someone, why didn't etc' oh Jean H really got me angry.

I wanted this killer to be found and to be tortured like he tortures others, but then again, he would have loved it..........

All characters were great and added to the thrill.

The ending was great though, I will definitely be picking up the sequel, Black Jack.

This one is for my Thriller & Suspense Challenge


Thanks for visiting Tea Time with Marce
Posted by Marce at 3:37 PM