What should be my first Kindle read?

All I wanted for Christmas was the Kindle and I got it, yaaaay. I'm so excited. Help me choose what I should read first please. I will do a Kindle Review after reading a book, it has so many features.

So these are the 3 contenders from my TBR list that I don't own already and that are available on kindle. 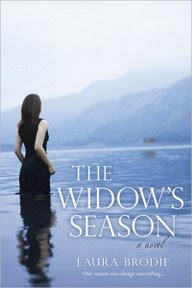 Summary - When Sarah turns the corner at the supermarket one afternoon and spots her husband David down the aisle, only she makes a big deal of it. The rest of the shoppers don't seem to notice or realize that Sarah's husband has been dead for three months.

This David-sighting begins a chain of events that turn Sarah's life from that of a quiet, mourning widower into a sought-after, fought-over, woman of mystery. As her dead husband resurfaces more frequently with an explanation that seems quite plausible, Sarah accidentally falls into a romantic relationship with his younger brother Nate. It is when these two worlds collide that Sarah is faced with her true choice - let her identity wash away with her past, or embrace her uncertain future alone. 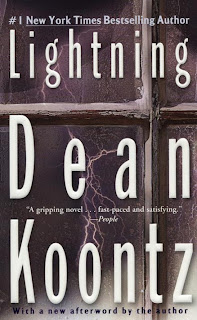 Summary - "This book tells the life story of Laura Shane, born during a mysterious lightning storm, who is twice saved from being murdered during childhood by a mysterious stranger whose arrival is connected to the lightning. She grows up to become a famous writer, marries, has a child and attempts to live a normal life, but is again attacked by a killer and rescued by the stranger. She learns eventually that her rescuer is from another time, and that her survival is tied in to the fate of the free world. Together with her rescuer, she fights for her life and that of her son against an implacable enemy who can travel through time and find her no matter where she goes." 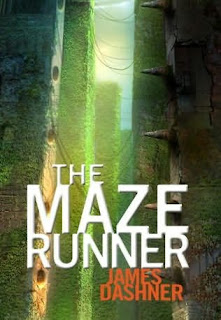 Summary - Sixteen-year-old Thomas wakes up in a place called the Glade, where towering walls close at night to keep a colony of boys safe from the monsters outside them. They have all had their memories erased, but Thomas remembers just a little too much. The world is in catastrophe and they are living in the Killzone, mere animals in a bizarre experiment. Soon Teresa, the first girl, arrives and tells them the game is on. Some boys think they are better off in this cold, cruel place than going back to where they came from -- they have formed a society after all, with rules and jobs like farming and even butchering their own meat. But Thomas turns out to be the leader they've needed to form their own army, revolt against the monsters, and take on the people who have set them up in this very cruel and isolated world. Of course the outside world may have its own scary challenges.
Thanks Blogging Friends for your recommendation and help with my choice.
Posted by Marce at 11:07 AM